When it comes to taking the family on a nice holiday, many parents are typically not happy about the prices they have to pay for package deals, flights or accommodation abroad.

According to a recent price-checking survey conducted by The Telegraph newspaper, it would appear that parents are having to fork out up to 40% more on average for their holidays simply because of an unknown “school holiday tax” which the travel industry seems to have made up! 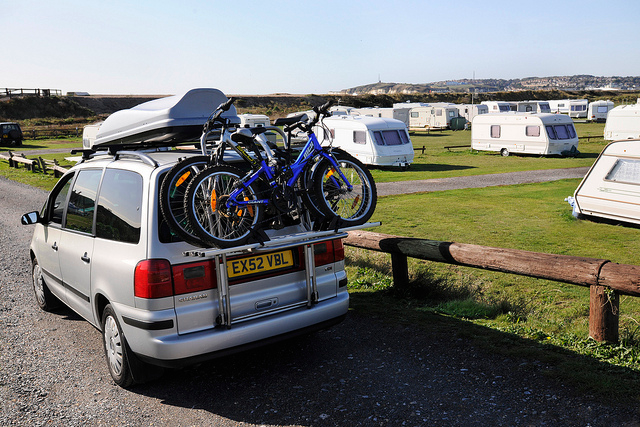 Some parents have decided to take matters into their own hands by taking their children away on holiday during term time, however, since new laws were brought in back in September 2013 it is now highly likely that they will be fined for doing so; it would seem that parents have no choice but to cough up the extra cash!

But an increasing attractive alternative for thousands of parents across the United Kingdom is to stay within Britain and instead embark on a camping or caravan holiday! Here are some of the reasons why this alternative holiday choice is becoming increasingly popular with families all over Britain:

Camping and caravan holidays are fun

There is a certain sense of nostalgia that comes with going on a holiday where your accommodation is basically a tent or a caravan!

It’s actually a really fun way to spend time with your family, and helps to teach your children essential outdoors skills that they may never have otherwise gained if they just stayed in a hotel room somewhere.

Perhaps the most obvious reason why many families in the UK are opting to stay within the British Isles for family holidays is down to the cost factor.

Given that Britain is still in the process of an economic recovery, many families are reluctant to spend several hundreds of pounds more on an overseas holiday during the school holidays, and quite rightly so; after all, would you pay a significantly higher amount of money because your holiday isn’t during term time?

Going on a camping or caravan holiday with your family will cost you a fraction of the cost of flying to an overseas travel destination, and represents excellent value for money.

Caravans are modern and quite luxurious these days

Some people think that caravans are pretty sparse when it comes to creature comforts, but having spent a lot of time staying in caravans during holidays I can tell you that they are actually just like being in a mobile version of home!

For example, a Webasto air heater will help to keep you warm at night, and because all modern caravans have connection points for hooking up to electricity on campsites and caravan sites, you will obviously benefit from being able to use your familiar electrical appliances in the caravan such as laptop computers, televisions, hair dryers and more.

The days of cold, damp and miserable caravans have been over for some time, so you should take this opportunity to show your children what Britain has to offer – and save some cash in the process!

Read other posts by monkey →

Australia Brisbane Cebu National Park The Philippines Travel Yap Sandiego Ancestral House
Scroll Up
This website uses cookies to improve your experience. We'll assume you're ok with this, but you can opt-out if you wish.Accept Read More
Privacy & Cookies Policy
Necessary Always Enabled